Several lawsuits filed against proton pump inhibitor drug makers have already produced an out-of-court PPI settlement, been ruled on by juries or are still pending. Below, we review recent PPI settlement history and the allegations that drove them.

AstraZeneca, maker of Prilosec® (omeprazole) as well as Nexium® (esomeprazole), has faced a variety of lawsuits since 2004. To date, these allegations include:

During 2015, AstraZeneca settled another lawsuit for allegedly participating in a kickback scheme with Medco Health Solution. Lawyers say this was in order to maintain PPI drug Nexium’s “sole and exclusive status” within Medco’s formularies and marketing. Once again, the Justice Department alleged that AstraZeneca violated the False Claims Act. Rather than face trial, AstraZeneca quickly settled for $7.9 million.

At first, Protonix gained limited FDA approval only for treating erosive esophagitis caused by gastroesophageal reflux disease diagnosed exclusively via endoscopy. However, Wyeth’s sales and marketing team (purchased by Pfizer, Inc. for $68 billion in 2009) promoted Protonix as a “safe and effective treatment” for all forms of GERD. This allegedly misleading promotional tactic led the U.S. Justice Department to file a lawsuit accusing the drug maker of trying to “cheat the system.” In this case, Wyeth allegedly engaged in unlawful marketing tactics designed “to drive off-label use of the drug.” Specifically, Wyeth’s sales team made efficacy claims that were unsupported by clinical evidence. As an example, one  promotional statement called Protonix “the best PPI for nighttime heartburn.” As a result, Pfizer, Inc. paid $55 million (plus interest) to avoid trial in 2013.

Many PPI patients now have claims pending against the following companies:

As studies identify more severe long-term complications, such as stomach cancer, more consumers may seek justice and compensation through a PPI lawsuit. If you or a loved one suffered serious side effects while taking PPIs (including omeprazole, esomeprazole, lansoprazole, pantoprazole, rabeprazole as well as dexlansoprazole), you may have an eligible claim.

To see within minutes if you may qualify for a cash settlement, click the button below to start your free case review now. 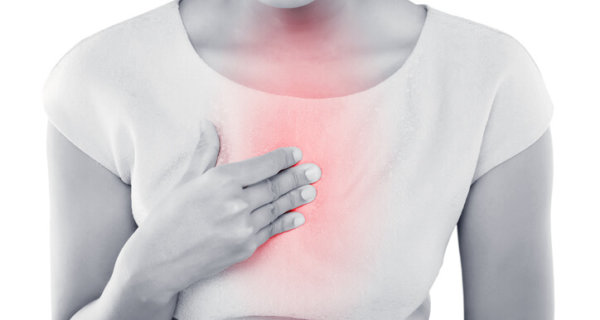 If you or a loved one has suffered from serious complications after taking Nexium, Prilosec or another PPI medication, you may be entitled to compensation from the manufacturer. Request your free case evaluation now to see if you may qualify.